Eighty-four more trails miles and an 8 hour rest in the Nulato checkpoint since departing Galena, and the team is off the Yukon River and in the village of Kaltag.   They arrived at Kaltag at 223P AKT this afternoon, arriving with 14 dogs.  The next push is off river and along the portage to Unalakleet and reaching the Bering Sea.  It's a good long 85 mile run that is generally broken in 2, there are several traveler cabins along the way.

Not sure what Trent's rest and run plans will be in the checkpoint and on the way over.   There is a great pizza place called Peace on Earth right next to the Unalakleet checkpoint that many mushers try to include, and that makes a landing in Unalakleet somewhere between 11A and 9P highly desirable. 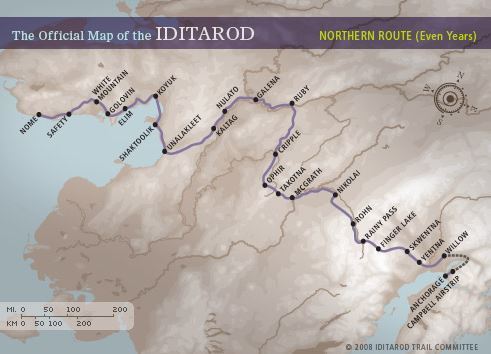